Skip to content →
In radical pursuit of the true, the good and the beautiful. join the pursuit

Are you profiting from your sin? You should be. 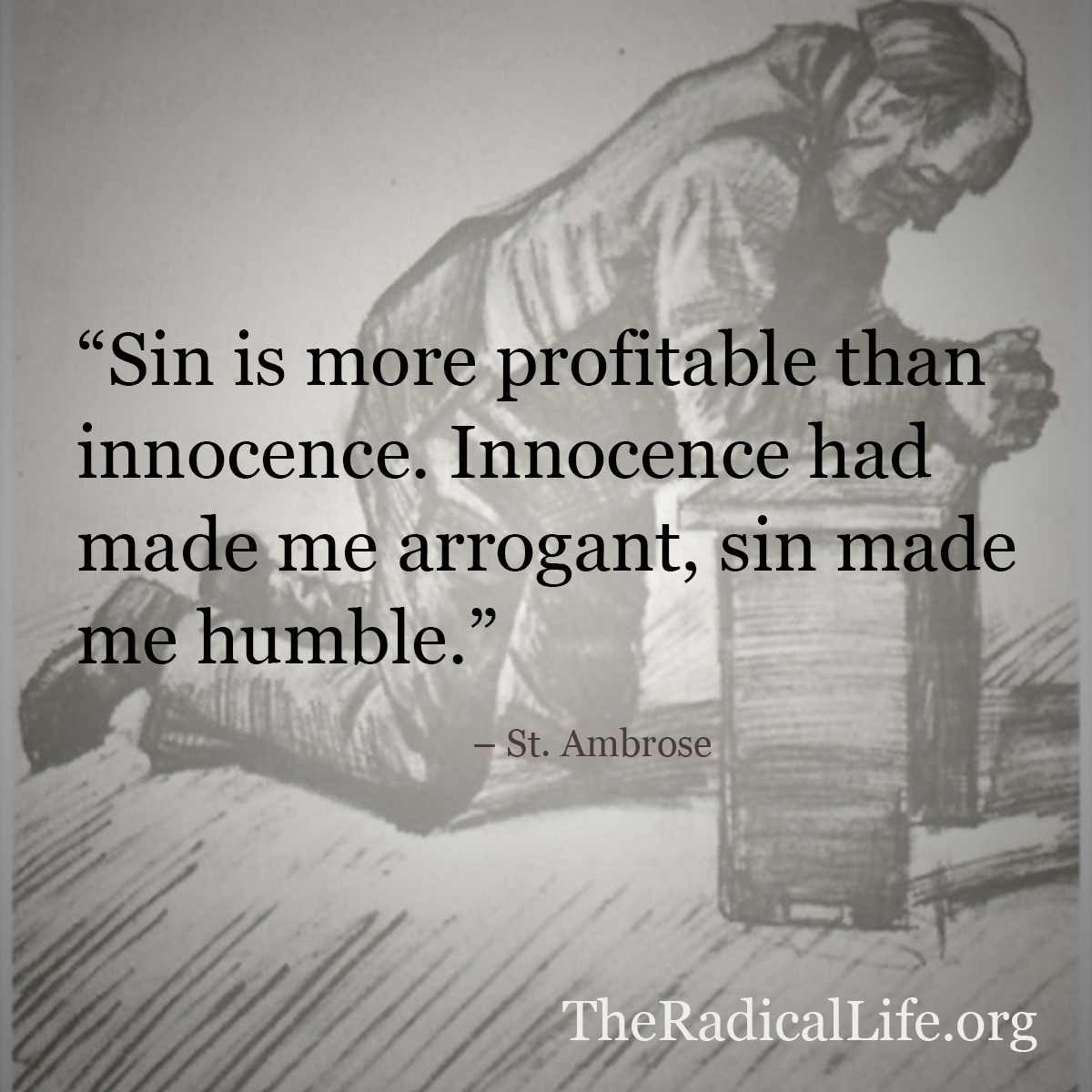 Modern Man wastes both his innocence and his guilt. His innocence is squandered by sin, which brings the guilt (and rightly so). But then he goes and squanders the guilt, too, by trying to cure it, forget it or die in it.

Genuine guilt is not a psychological complex in need of curing or forgetting. Neither should it be cause for chronic depression. Guilt is an opportunity for profit. It’s your soul offering a correction of course, like those lane bumper thingies at the bowling alley. It’s there to help you learn and profit from your mistake.

Even when we have a healthy acknowledgement of guilt, it’s easy to spend too much time lamenting our failures or sins and not enough time profiting from them. The greatest saints, on the other hand — often having most wildly lost their innocence — are the ones who learned to profit most from their guilt…from their sin.

Our initial reaction to sin – a first step – must be contrition. But it is there, in such remorse, that also begins the profit. It is there where God draws close and works his greatest miracles. It is there that we learn a wisdom and humility that innocence will never teach to imperfect creatures like us.

“Sin is more profitable than innocence. Innocence had made me arrogant, sin made me humble.” – St. Ambrose