Skip to content →
In radical pursuit of the true, the good and the beautiful. join the pursuit

The reason you don’t have enough time

“Lack of prayer is the cause of lack of time.” – Peter Kreeft

When I first saw this quote I had to read it a few times to really get it. Initially I thought, “yep, my lack of time leads to lack of prayer. My busy schedule just doesn’t allow much time for prayer!” But upon proper reading, Kreeft is actually saying the opposite – which is far more profound.

It is actually my lack of prayer that causes my lack of time. This seems contradictory, of course. More time praying would mean less time for other things. But the point is that if we are praying enough, we begin to clearly see God’s plan for us today. And it just so happens that He’s provided plenty of time for it. It’s all the other stuff we try to cram in instead that we don’t have time for. You don’t have time for both your plan and God’s. You must choose what you want more.

In the end, it’s not time that we lack at all, it’s clarity. And clarity comes from prayer. Find that clarity and you’ll also find that you have everything you need — including plenty of time. 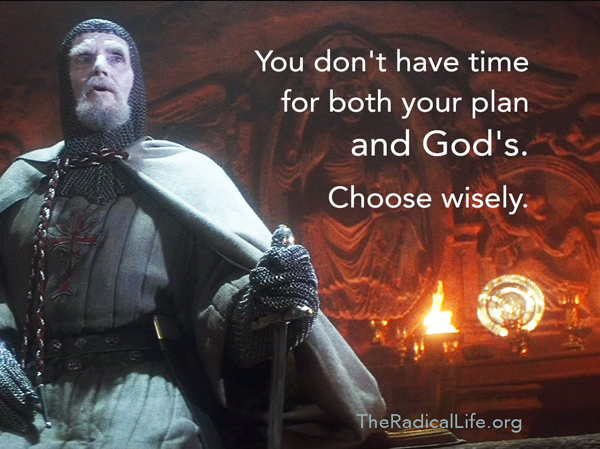